Breast cancer is a type of cancer that starts in the breast. It can start in one or both breasts. Cancer starts when cells begin to grow out of control.

The breast is an organ that sits on top of the upper ribs and chest muscles. There is a left and right breast and each one has mainly glands, ducts, and fatty tissue. In women, the breast makes and delivers milk to feed newborns and infants. The amount of fatty tissue in the breast determines the size of each breast.

Breast cancer occurs almost entirely in women, but men can get breast cancer, too.

After puberty, a female’s breasts are made up of fat, connective tissue, and thousands of lobules. These are tiny glands that can produce milk. Tiny tubes, or ducts, carry the milk toward the nipple.

Breast cancer develops as a result of genetic mutations or damage to DNA. These can be associated with exposure to estrogen, inherited genetic defects, or inherited genes that can cause cancer, such as the BRCA1 and BRCA2 genes.

When a person has cancer, their immune system does not attack the abnormal DNA or growths. As a result, cells within breast tissue begin to multiply uncontrollably, and they do not die as usual. This excessive cell growth forms a tumour that deprives surrounding cells of nutrients and energy.

Breast cancer usually starts in the inner lining of the milk ducts or the lobules that supply them with milk. From there, it can spread to other parts of the body.

The stage of cancer is determined according to the size of the tumour and whether it has spread to lymph nodes or other parts of the body.

The stages are roughly structured as

The most effective approach depends on several factors, including:

The main treatment options include

A person can take the following steps to significantly reduce the risk of breast cancer. 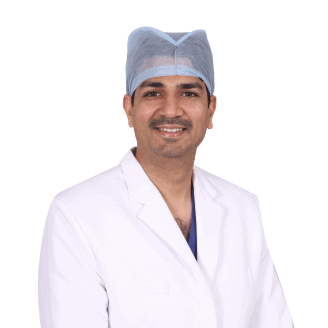 To Book an Appointment, call:

All You Need To Know About Breast Cancer

Oral cancer is a type of cancer which falls in the category of head and neck cancer (HNC). It comprises diverse tumour types arising from different an...

How to Prepare Yourself for Chemotherapy

What Are The First Signs Of Lung Cancer

One of the most vital internal organs of the human body, liver acts as a toxin filter and facilitates the digestion of food besides carrying out more ...

Breast cancer is one of the most common cancer types in the world. The prevalence of breast cancer is estimated to get tripled by the year 2030, studi...

Breast Cancer VS Breast Cyst: How Are The Two Different

According to recent statistics, breast cancer accounts for about 14 percent of all cancers affecting women in India, making it the most common type of...

Bladder Cancer Treatment: Here’s All You Need To Know

The bladder is a hollow muscular sac that stores and collects urine from the kidneys before disposal from our body. In humans, the bladder sits on the...

Skin Cancer: Watch Out For These Warning Signs

Whenever we hear the term ‘cancer’, we find ourselves in a very uncomfortable state. The c-word is enough to instigate enough terror in ou...

Radiation Therapy In Cancer Treatment: All You Need To Know

The term “radiation therapy” refers to the process of applying intense radiation beams to kill cancerous cells in the body. It is a type o...

Kidney cancer, also known as renal cancer or also called renal adenocarcinoma, or hypernephroma, is a type of cancer that begins developing in the kid...

Benefits and Risks of Cancer Drugs – Clearing myths about chemotherapy

Chemotherapy is a type of cancer treatment where medicine is used to kill cancer cells. There are many different types of chemotherapy medicine used f...

Immunotherapy vs Chemotherapy: Similarities and Differences

Prostate cancer is one of the most common types of cancer among male patients all around the world. It is the second-most reason that leads to death i...

A condition known as Colorectal Cancer (also known as Colon Cancer) occurs when cells in the Colon or Rectum grow out of control. The Colon is conside...

Does Second Opinion Matter in Cancer?

A cancer diagnosis and treatment is a life-altering experience for patients. Cancer can affect any part of the body and can be life-threatening as wel...

Pregnancy and Breast cancer: What happens to my baby if I have breast cancer?

Breast Cancer is one of the most common cancers affecting women worldwide. As per the statistics released by the World Health Organisation. Breast can...

All You Need to Know About Commando Surgery

COMMANDO (expanded as Combined Mandibulectomy and Neck Dissection Operation) is a surgical procedure done to remove the primary tumour surrounding the...

Pancreatic Cancer: What Is It, Types, Symptoms, Causes & Treatment?

Pancreatic cancer occurs in the tissues of the pancreas which is located behind the stomach. It usually occurs when the genetic mutation leads to the ...

TOUCHING LIVES AND MAKING A DIFFERENCE

Living with Diabetes: An Overall Study of How to Manage Diabetes

6 Natural Ways to Prevent Diabetes Before it Starts

10 Ways to Improve Vitamin B12

Superfoods for Your Bones

Pancreatic Cancer: What Is It, Types, Symptoms, Causes & Treatment?